This website is a gallery focused on themes of werewolves and transformations. Some of the content has adult themes and due to its nature is only recommended for people that are 18 years or older (or the legal age to view adult content, depending on your country's laws) with a comprehensive and open mind.

If you're not an adult, please search for other werewolf art websites, such as my online comic Alpha Luna.

Remember you can always Right Click an opened Image to open it in a new tab and see its full size.

From left to Right:
(1) “Night Time” –  Illustration made for “The LYCANTHROPE CLUB: BOOK 2” by Heliotroph, you can look up his work at his DA gallery.
(2) “Alpha Luna Cover Chapter 5 : First Howl” of my comic Alpha Luna that you can read here.
(3) “ALPHA LUNA TPB Book 2 Cover” Illustration that made for the printed version of the second book of Alpha Luna in Chile. 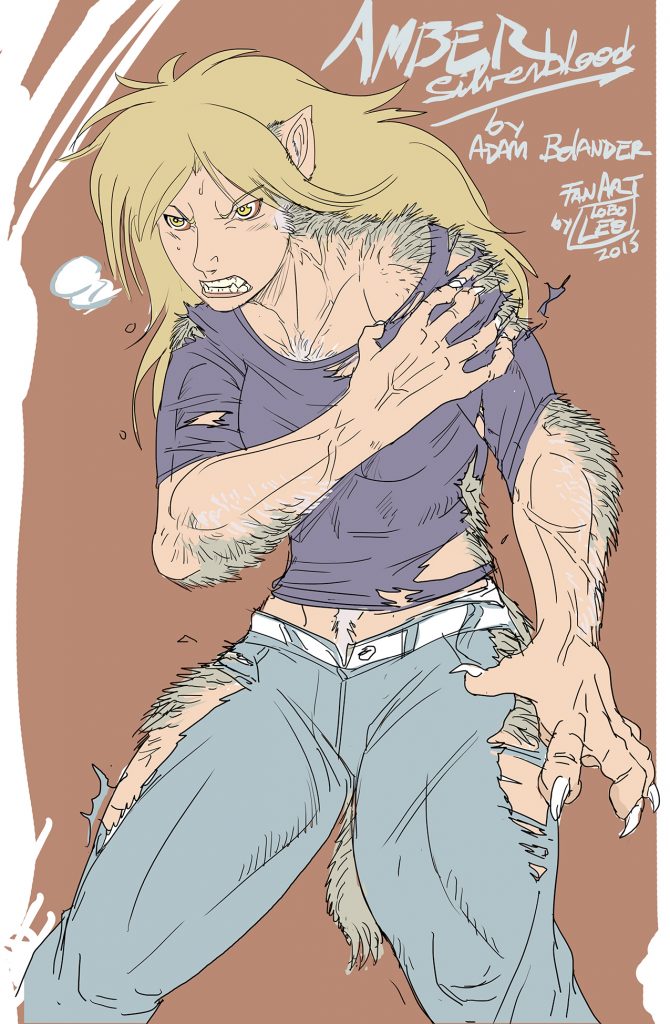 The first pic was a fan-art I did for the story of Flaming Squirrel at DA (You can look it up by its name). The TF sequence that follows was just for fun. 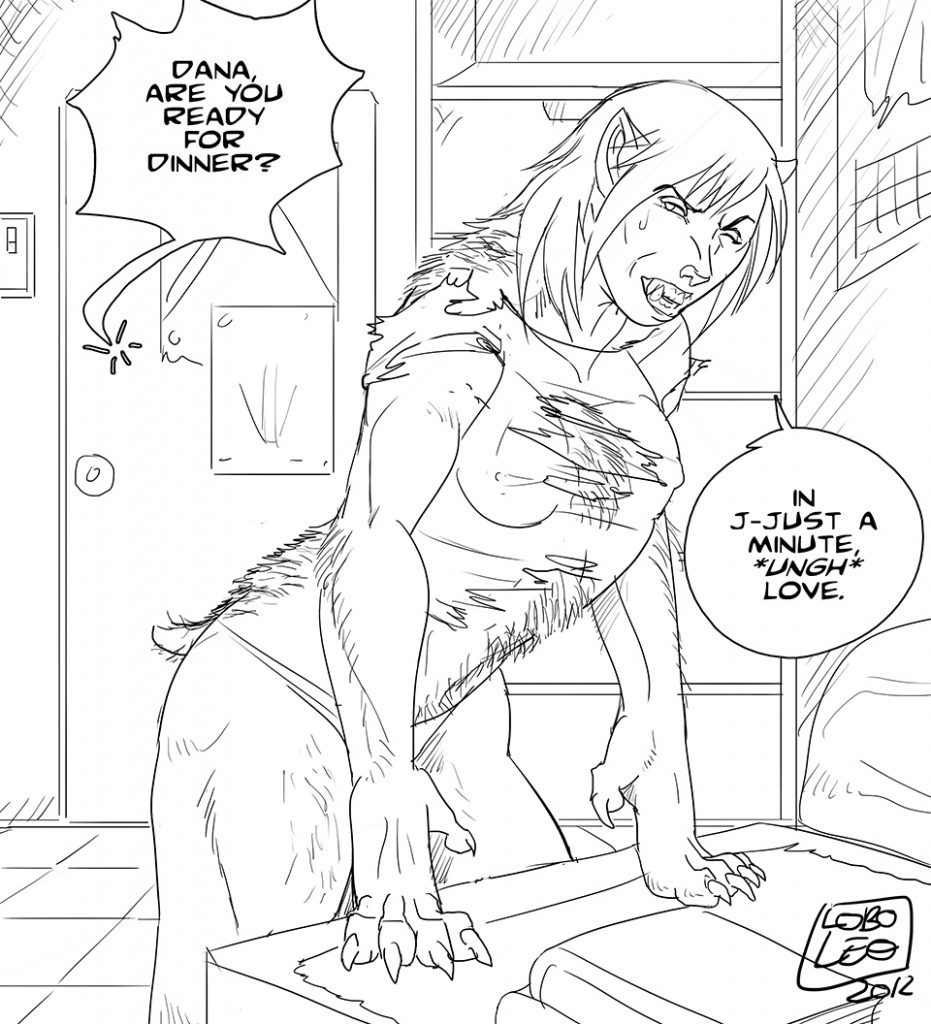 Dana has a secret she doesn’t want to share yet

“Luna in Fire” – Woman to Werewolf 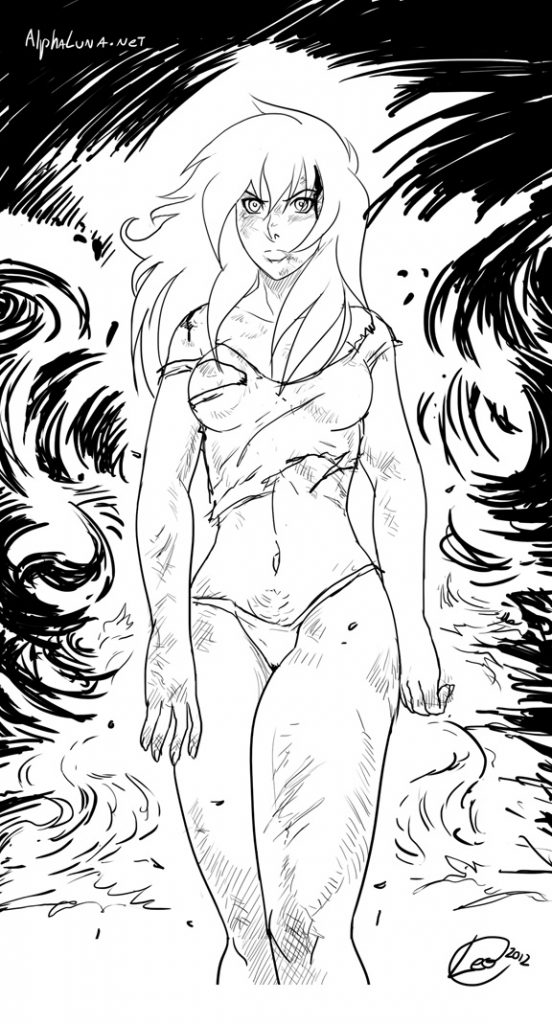 The Moon is calling him as we witness the last moment of a werewolf transformation.

“Mai Wolfing Out” – Woman to Werewolf

Mai changes while seeing her own reflection as her face changes into a lupine muzzle. Morph version of this sequence here. 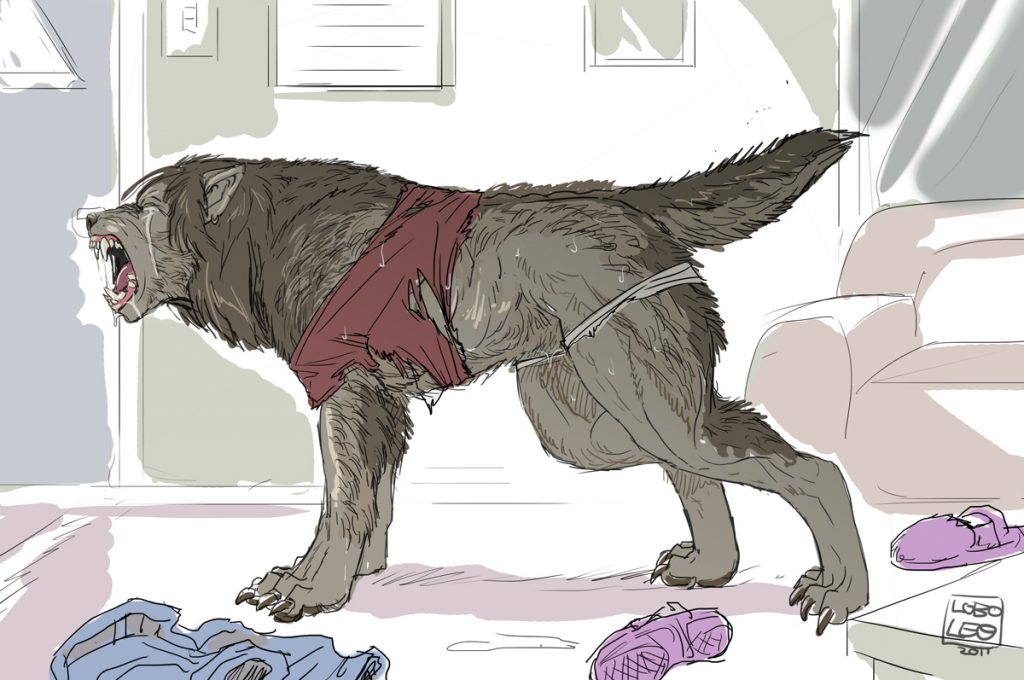 A sketchy work of a woman changing into a werewolf by will of her own.

While relaxing at his private place a werewolf can’t resist to let his wild side come out.

While connecting to nature, a man finds his inner beast.

A man feels it’s time to let the wolf come out.